There is a tendency when dealing with world superpowers to focus on their successes. After all, these are what made them superpowers in the first place. However, reverses and disasters suffered on the way to preeminence are equally significant. The experience of ancient Rome is no different. This book is the first to examine the paradoxical role lost battles and defeat played in the success of the Roman Republic and the Roman Empire.
Over some 1200 years, the Romans proved adept at learning from military disaster and this was key to their eventual success and hegemony. Roman Military Disasters covers the most pivotal and decisive defeats, from the Celtic invasion of 390 BC to Alaric’s sack of Rome in AD 410. Paul Chrystal details the politics and strategies leading to each conflict, how and why the Romans were defeated, the tactics employed, the generals and the casualties. However, the unique and crucial element of the book is its focus on the aftermath and consequences of defeat and how the lessons learnt enabled the Romans, usually, to bounce back and win. 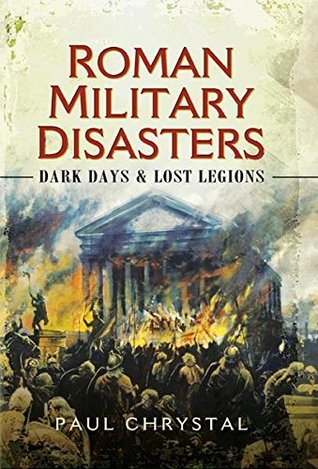